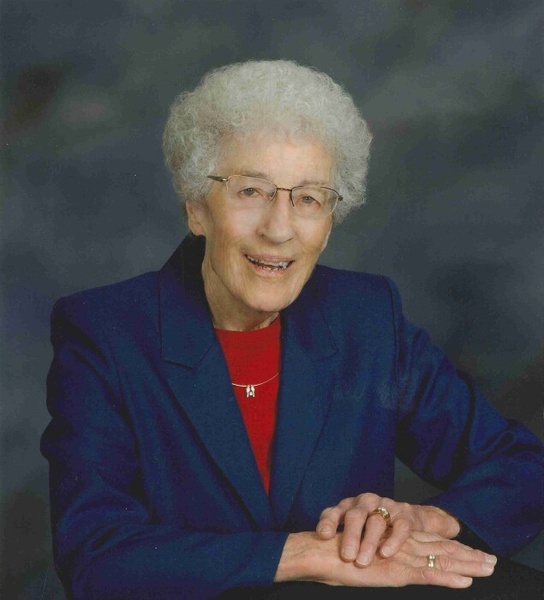 Dorothy Kaltenhauser Barker, 97, of Duluth,  passed away peacefully on November 22, 2020 on the Feast of Christ the King. Dorothy was born September 2, 1923 in Duluth Minnesota to Henry and Mae Kaltenhauser. Dorothy She was a graduate of Duluth Cathedral High School and Young &Hearst business college. On April 14, 1956, she married Dwayne Barker in Saint Elizabeth Catholic Church in Duluth. She worked in the St. Louis County Auditors Oﬃce, County Attorney’s oﬃce and the Land Department for a total of 45 years. She was meticulous, independent, a competitor and had a wonderful abiding spirit of generosity. She had a tremendous sense of humor and was quick witted. Her laugh was contagious and often accompanied by a twinkle in her eye, and she made friends wherever she went. She enjoyed eating breakfast out daily at her favorite local restaurants and never passed up a Bridgeman’s hot fudge sundae. She raised, and out lived many special four-legged friends and is survived by her faithful companion of many years, Carson. She loved to travel and made several international trips including her last to Israel when she was 90 years old. She was a devoted member of Saint Joseph’s Catholic Church of Duluth Heights for over half a century serving as an Eucharistic minister, a lector, and a member of the liturgy and funeral committees. She was a member of the SMDC auxiliary and volunteered as a Eucharistic minister at Saint Mary’s Hospital for many years. Dorothy was preceded in death by her parents, her best friend and husband Dwayne, and her beloved daughter Juanita. Dorothy is survived by her son-in-law Leonard Davis, grandson Joshua Davis, foster brother Donald Fedo of Duluth, several close friends and her very special neighbors on Morgan Ave. Many thanks to the courageous staﬀ and workers at Beehive Homes of Duluth for the Loving and compassionate care of Dorothy.

To send flowers to the family in memory of Dorothy Barker, please visit our flower store.