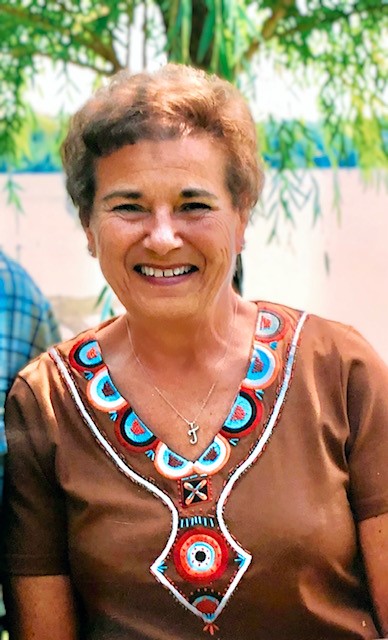 Teeny was born on March 14, 1938 in Chicago, Illinois to William Perry Mansfield and Doris Geffert Mansfield. She spent her childhood in Tacoma, Washington enjoying the outdoors and riding her pony. The family moved to Hermantown when she was in the 8th grade, where she became a majorette for the Hawks and graduated in 1956. She married her high school sweetheart, Royal Bloom, on August 31, 1957. They made their home in Hermantown where they raised three daughters. She thoroughly enjoyed a long career as an aid at the Hermantown Elementary School.

Teeny was a devoted wife, mother, grandmother, and loyal friend. She enthusiastically supported her children’s and grandchildren’s many activities. She enjoyed her pets, playing cards, snowmobiling, camping, traveling, and never turned down an invitation to a party. She and Roy purchased land on Island Lake in 1989, which became a favorite home-away-from-home and family gathering spot. She appreciated lake life to its fullest and spent the warm months with her family swimming, boating, loon watching, jet skiing, enjoying campfires, and hosting friends.

Teeny was preceded in death by her parents and brother-in-law, Richard Veech. She is survived by her husband of 63 years, Roy; sister Caryl Veech; daughters Robin (Dean) Sharpe of Hermantown, Jodi Bloom of Minneapolis, and Karlyn (Gary) Wargin of Hermantown; her grandchildren Peri (Josh) Pearson, Spencer (Kate) Sharpe, Reed (Ahna) Wargin, and Lane (Nicole) Wargin; her great-grandchildren Cash, Tenley, Malachi, and Case, and many special nieces and nephews.

A celebration of Teeny’s life will be held this summer.

To order memorial trees or send flowers to the family in memory of Doris “Teeny” Bloom, please visit our flower store.