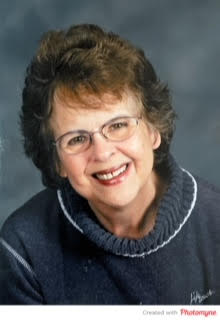 Donna went to heaven to be in the glory of Jesus Christ and his Mother Mary in the early morning hours of April 24, 2021.

Donna Lee Tusken was born on October 26, 1944 to Dorothy Jazdzewski and Leo Kaneski. She grew up in Pike Lake and graduated from Cathedral High School in 1961, where she grew in her Catholic faith. She met her future husband, Tom Tusken, and fell madly in love and the two married on August 28, 1964. Donna and Tom raised three children in Morgan Park. Donna always wanted to be a mom and she put all of her energy into her husband and family. She was the best of the best of Mom’s.

At age 37, Donna lost the love of her life, Tom, to cancer. It was during this trying time that her strength and resilience shined through and she was admired by those who knew her and inspired her children who learned the value of rising above challenge and adversity. Mom knew she would never have another soulmate like Tom and would say, “I had the best,” so she invested all of herself into raising her kids. How she found the time to be in three separate places in support of her kids, sometimes at the same time, was a miracle in itself. Cooking, cleaning, parenting, mentoring, cheering us on was done without fatigue or failure–she was amazing and we were blessed to have had the honor to call her Mom.

When there were challenges in her life, her faith grew, and she found Jesus and his Mother Mary was a place to find comfort, respite, and replenishment of her soul. Her answer to the many challenges of this world was to pray early and often. She was an active parishioner and volunteer at St. Margaret Mary Church in Morgan Park, where she attended mass, taught student Catechism, and was coordinator for the teenage Youth Group. She also worked as an apprentice for the Franciscan Sisters in Duluth.

Her faith led her on pilgrimages to Medjugorje in Bosnia-Herzegovina and Lourdes, France where the apparitions of the Virgin Mary happened. She was a frequent worshipper at the Holy Innocents Perpetual Adoration Chapel at St. Mary’s Star of the Sea, where she would pray the rosary and be an Adorer. Mom was also a volunteer for Birthright and sold carnations after Sunday Mass around Mother’s Day. She adored all children and never passed up a chance to tell a child or another mother how beautiful their children were because she saw beauty in others from the soul.

Her greatest joy was her grandchildren, who she cared for and doted on. She will be remembered by them as ‘Nonie,’ a funny, troublemaking, unconditional lover who never missed a moment. From them, she maintained her youth. And from her, they gained a sense of adventure. She was an animated storyteller and an even more attentive listener. She will be remembered wearing the color purple, eating Buster Bars from Dairy Queen, and drinking her favorite McDonald’s coffee with two cream and one Splenda.

When people think of our mom, they think about her warmness, smile, kindness, care, and compassion for all she knew and always extended to those she just met. She was a prolific hugger and in her presence, you were the most important person on earth. For thirty years, she worked as a credit clerk at P.S. Rudie Medical Clinic, where she was known for treating patients with kindness and dignity.

Donna suffered from dementia and received compassionate care from so many over the past three years, including staff and residents at New Perspective in Cloquet, Spirit Valley Assisted Living in West Duluth and Chris Jensen Nursing Home. We are grateful for each of the caregivers who touched our mom’s life by making her final years happy and giving her the hugs she thrived on. Know that our family appreciates the work you do and revere you for doing it so well.

To order memorial trees or send flowers to the family in memory of Donna Tusken, please visit our flower store.