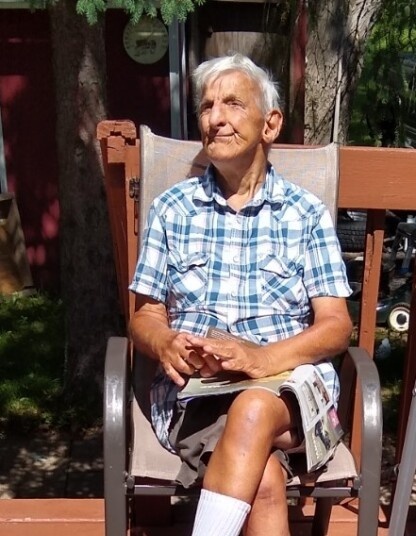 He will be remembered for his love of coffee, magazines, mechanical fans, and music up close; he would sit right next to the speakers at special events at Pinewood.  Donnie was a keen observer even with his limited vision.  Donnie had a great smile and chuckle and a famous “Bhee” vocalization.

A man of few words, he was able to express himself quite well. At home an exciting annual event was the lighting of the Christmas tree.  Donnie would express excitement over this and would sit for hours enjoying the lights on the tree.  In the summer months Donnie spent many hours on the deck of his home, rearranging the deck furniture and sneaking in a nap in the sun.  Donnie continued to surprise his care givers by showing them what he wanted or needed to make his treasured creations.

Donnie’s life was no doubt enriched and extended through the conscientious care and nurturance he received from those who supported him throughout his life, especially Rick Nelson of DRCC.

A time of sharing will be from 11 a.m. to noon Friday, March 11, at Dougherty Funeral Home in Duluth.

To send flowers to the family in memory of Donald "Donnie" Stevens, please visit our flower store.