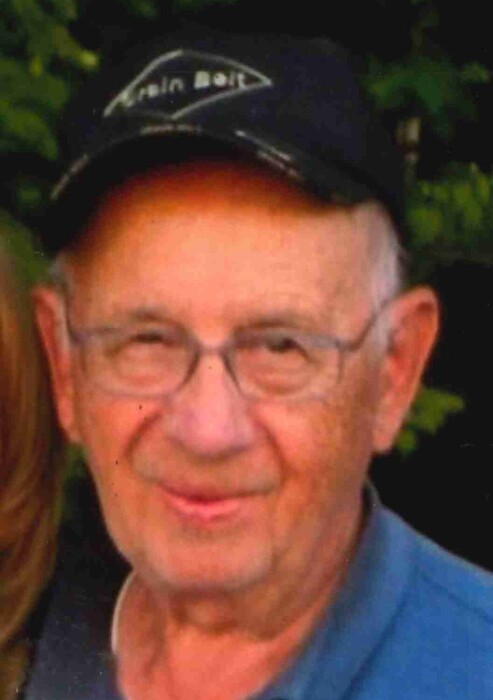 His was a story about faith and family. A proud lifelong Duluthian, Donald Joseph Thomas was born on February 17, 1926 to Louis and Ann. He beamed when he told the story about how there was dancing in the streets when his parents brought home a boy after having his three older sisters. Little did they know there would be three more girls to follow, solidifying his extra special place in the family. His sisters even heralded him as the best looking boy in the family.

Stories were never lacking with Don. As his life went on, he shared more and more of them with his family - even to the point that they have been documented in a book so they will live on with his memory. We’re pretty sure most of them are true.

Don was a proud Denfeld Hunter and then attended Duluth Junior College where he studied business and finance. Despite his 5’4’’ stature, he was the high scorer on the junior college basketball team - or so he said. In the midst of his studies, he joined the Navy where he was assigned to do dental work...without any formal dental training. Because of this, he lauded himself as an expert and often brought out the pliers when his grandkids had a loose tooth. We’re not sure if he ever had any takers.

Don was passionate about this career and spent time working at Marshall Wells and then at the City of Duluth where he was the City Treasurer. His kids and grandchildren have fond memories of visiting the majestic city hall, and he was proud to show it off. He was also President of the Benevolent Society.

Faith was of the utmost importance to Don, and that faith now provides solace to his family. He was a member of St. James Church for 30 years in his early life and of St. Michael’s Church for 65 years. He found lifelong friendships and peace in the people of the church.

But the real passion for Don was his family. Don married Florence Stromberg on August 21, 1950. They established themselves in the Lakeside neighborhood and began to grow their family, ultimately leaving a legacy of eight kids, 17 grandchildren, and 29 great grandchildren. Although they all squeezed into their home for most winter holidays, Don’s favorite place to gather was at the family cabin on Island Lake where he would fish, sit on the deck with a salted beer (which has yet to be understood), and provide sometimes helpful direction to whichever son or son-in-law was doing repairs that day. His spirit will live on in this special place.

In honor of Don, we hope that you find some time to get on the lake, watch the deer run by, drop an olive in your beer, or brine your own pickles. May his memory be a blessing.

To order memorial trees or send flowers to the family in memory of Donald Thomas, please visit our flower store.