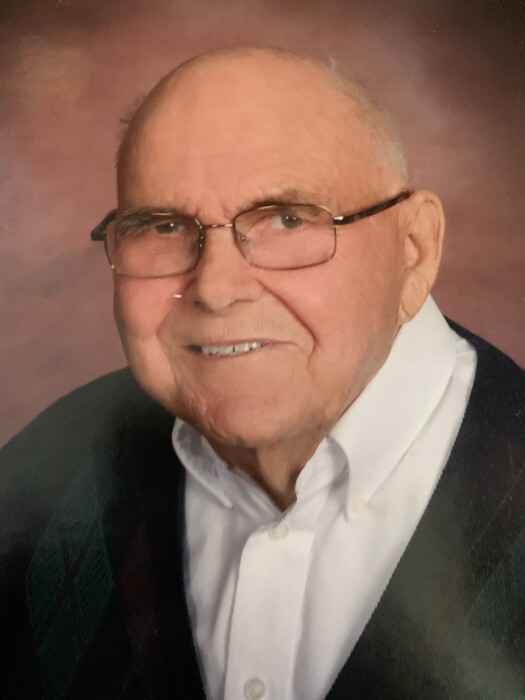 Donald John Leslie, 95, completed his journey home on September 25, 2021. Don was born April 21, 1926, in Duluth, MN to Reinhardt and Florence Leslie. He graduated from Duluth Central H.S. in 1944. Immediately after graduation, Don joined the U.S. Navy and served in the South Pacific as a Seabee in WWII. He served his country with honor and wore his Seabee sweatshirts proudly. After his return he stared his career in sales with Gardner-Denver, a manufacturer of mining and construction equipment, where he earned his nickname “Big Rig” for the large blasthole drills he sold. He retired as North American Sales Manager. Upon his early retirement he continued his career starting Don Leslie Supply, working well into his 80’s.

Don married the love of his life, Edna, on November 29, 1952. They spent the next 64 years enjoying travel and family. He was very proud of his family. If there was an event involving his children, grandchildren, or great-grandchildren, he was there. He enjoyed the family cabin, tending to his begonias and in the winter, you could find him on the snowmobile trails. His life stories more often than not brought smiles to all, and he loved sharing those memories.

He was preceded in death by his “Little Eddy”, his parents, and a sister Mary Lou Lindberg.

To order memorial trees or send flowers to the family in memory of Donald Leslie, please visit our flower store.