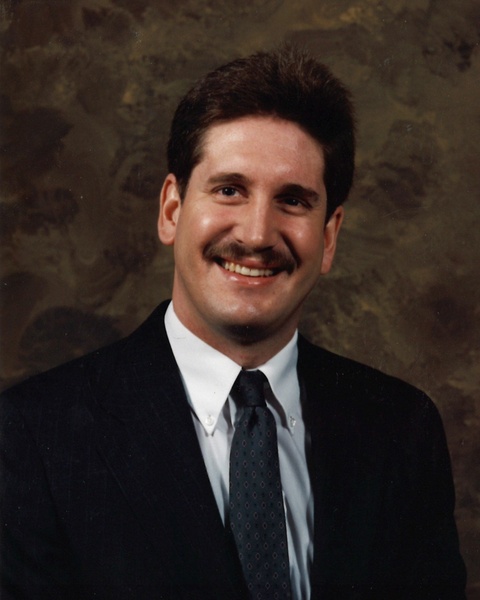 Passed away on Sunday, October 2nd at the age of 60.

Mike was born on May 8, 1962 at St. Mary's to parents Donald Alan and Kathleen (Skarbakka) Bergman. He attended Lester Park Elementary, Ordean and graduated from Cathedral High School, Class of 1980 where he participated in concert band, varsity soccer and hockey and a member of National Honor Society. He graduated from St. John's University, Collegeville, MN in 1984. He was a member of a Stewart's traveling hockey team and in 1975, as a 12-year-old, he saved the life of a twin cities boy from drowning in a hotel pool following tournament play at Augsburg College for which he received a commendation from the Minneapolis Chief of Police. He had also been on the diving team at Ordean. Several of his hockey jackets are part of a display at the Heritage center. He loved fishing trips to Canada, tubing on the Brule, snowmobiling with his family, deer hunting with his dad, time spent at the family cabin and 4 wheeling on his private land in Lake County and snow plowing with his old Ford 150s. He was baptized and confirmed at Faith Lutheran Church. After college he went through training for U S Border patrol in Georgia. He was a flight attendant for Northwest/Delta for 20 years, domestic and international until Health issues grounded him. He completed truck driving classes at LSC and received his CDL in 2013. He worked at Sears and then at Walmart hardware and as a cashier and enjoyed being Easter bunny and Santa Claus to the little ones' He was totally captivated by World War ll, especially General Patten and never missed a movie on the subject. His health was a constant challenge, but his Sisu guided him through difficult days.

Preceded in death by his father (2002). Survived by mother, Kaye Bergman; sister, Kelly Bergman; brother, David Bergman; nephew, Josh Bergman and a large extended family. A heartfelt thank you to the multitude of Doctors and nurses who cared for him for many years at St. Luke's oncology, his primary physician Dr. Paul Sanford and lastly St' Mary’s ICU. We are so grateful for all of you.

Memorials in his name to American Diabetes Association, local cancer fund, or the family for medical expenses would be greatly appreciated.

To send flowers to the family in memory of Donald Michael Bergman, please visit our flower store.