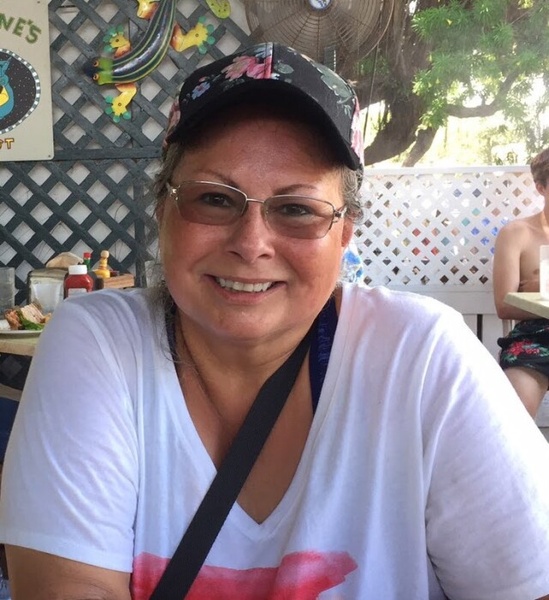 Debra Marie (Manidoo Ikwe) Smith, 65, of Duluth, died Tuesday October 12th at Essentia Health St. Mary’s Medical Center with her husband Ed Smith by her side. She died of complications due to COVID-19. She was born November 9th, 1955 to Leonard Wayne and Ilene Jean (Gurno) Compton.

Deb and Ed were high school sweethearts. They married on March 19th, 1977 at St. Michael’s Church in Duluth. They were each other’s best friend and love of a lifetime. Deb enjoyed spending time with her children and grandchildren, gardening, reading, traveling, and taking in stray animals that needed loving homes. She had an unforgettably boisterous laugh that will be dearly missed by those who knew her.

Deb was a Duluth East High School graduate who went on to earn a BS in Nursing from the College of St. Scholastica. She furthered her education by earning an MS in Nursing from the University of Minnesota in 1997. Education was vitally important to Deb, she used her education to help her people as a public health nurse for many years in the Indian community. She sacrificed so much of her time to provide for her family. While working full-time, she studied late each evening for her Master’s degree, which led to several leadership positions in her long career. She passed her lifelong love of learning to her children. Stuart is a Research Chemist at ExxonMobil; Ian is a Founding Engineer of the software company KeepTruckin; and Shannon is an Acquisitions Editor at Harvard University.

She was a loving and protective mother. Her children hold tender memories of Christmases at their Glenwood Street home, Johnny Mathis tunes playing in the background while mom and dad sipped their coffee. The cabin on Beauregard Lake in Wisconsin was a refuge for her and she and Ed had planned to retire there. Many of her happiest moments in her later years were spent playing in the water with her grandchildren.

Debra was preceded in death by her parents, her brother Clyde Joseph Atwood, and her uncle Leonard “Uncle Bun” Gurno. She is survived by her husband of 44 years, Ed; her children: Stuart (Siobhan) Smith of Easton, PA, Ian (Nicole) Smith of Lake Elmo, MN and Shannon Davis of Waltham, MA; four grandchildren; her sisters: Kimberly (Peter) Spoor and Dawn (Mark) Schulze, both of Duluth; and her puppy Dia Linn.

Graveside services will be held on Friday, October 22nd, 2021 at 11:00 AM at Forest Hill Cemetery in Duluth. Due to the circumstances of her death and out of respect for the family, we ask that all guests wear masks while attending the service. If so desired, memorials may be directed to the American Indian College Fund.

To send flowers to the family in memory of Debra Marie Smith, please visit our flower store.