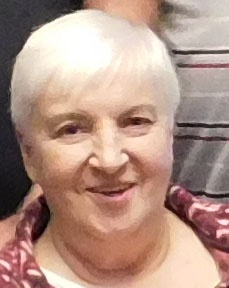 Deanna Eileen Nelson, 73 of Proctor, passed away peacefully with her family by her side Monday, November 12, 2018. Deanna was born in Superior, WI, on January 3, 1945, to Eileen Nelson.

Deanna grew up in the Lakewood township area with her grandparents and attended Central High School.

She first met her husband, Ronald, in 1966, while he was stationed in Duluth. They were later married on September 24, 1968. in Minnesota. They recently celebrated 50 years of marriage.

Deanna was a proud military wife, which provided many places for her to live in. While living in various places, she got to try many jobs, with her favorite one being a school bus driver for Granville Massachusetts.

When she retired, Deanna with her husband, moved back to the Duluth/Proctor area. Shortly after moving back, Deanna got the best gift ever, raising her niece Ashley. Later on, Deanna was proud to have Ashley by her side as her caregiver.

Deanna was preceded in death by her parents and step-father, Alton Fox.

To send flowers to the family in memory of Deanna Nelson, please visit our flower store.