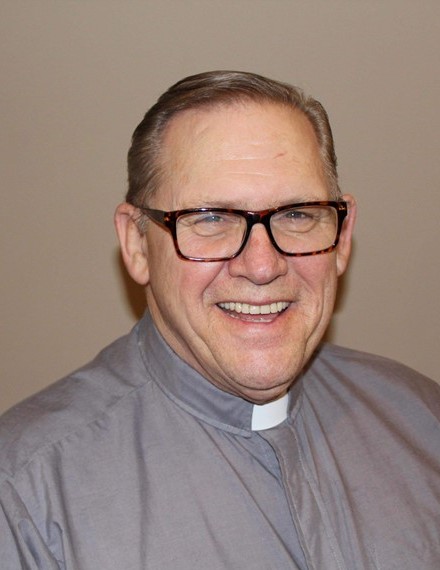 Deacon Frederick C. Wright, 71, of Silver Bay, died Sunday, October 10, 2021, at Benedictine Health Center with his wife by his side. He was born in Duluth, Minnesota, on May 6, 1950, to John and Margaret (Burke) Wright and was the eldest of ten children. Fred graduated Duluth Cathedral High School in 1968 and enlisted in the US Navy shortly thereafter. As a veteran of the Vietnam Era, Fred often proudly shared that he served “for 8 years, 10 months, 9 days, and an hour and a half.” He returned to Duluth after his time in the Navy and worked for the Coast Guard. He met the love of his life, Mary Schlichting, and they just recently celebrated 40 years of loving commitment. Fred worked various jobs as a chief stationary engineer, finishing his career as a production coordinator at Minnesota Power, Taconite Harbor, Minnesota. In retirement, he thoroughly enjoyed road trips with his wife Mary and being “Poppy” to his grandboys.

Fred was known as a kind and faithful man. In addition to serving his country, he served his community as an EMT and worked with the Tower, Minnesota, volunteer fire department. Fred was a devout Catholic, an active member of St. Mary’s Catholic Church in Silver Bay, a member of the Knights of Columbus, and part of the Cursillo Community of the Diocese of Duluth. He was called to be a Deacon and was ordained in 1994. Fred faithfully served his home parish as well as other parishes on the North Shore.

A Livestream of Fred's Mass of Christian Burial will be available on the Cathedral's YouTube page: https://www.youtube.com/channel/UCdqiIvURaOqDpFtm-i28G3w

To order memorial trees or send flowers to the family in memory of Deacon Frederick Wright, please visit our flower store.