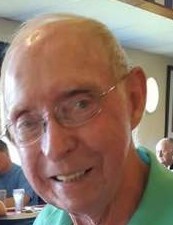 David was born and raised in Duluth, MN. He was proud to call Woodland his home and graduated from East High School in 1963. David was known as the jack of all trades. He began a career with Northern Engine and relocated to Fargo, ND where he met his wife, Cheryl, of 41 years. He worked various jobs in Fargo over the course of 15 years. David relocated his family back to Duluth in 1987.  He spent several years working as a Glazer for St Germain’s and Superior Glass. David eventually started his own company, NADCO. He prided himself on being a self-taught engineer and worked endlessly to reinvent the automatic door industry. In 2016 David was granted the patent for a new automatic door operator. This was his greatest passion and achievement to date. If given the opportunity he would spend hours talking about his invention.

He enjoyed spending time at the race track as a volunteer firefighter in his younger years and “bumming around” with his girls on Saturday mornings. He spent his last summer at Timberline RV Park in Sturgeon Lake camping with family. He made sure his grandkids tried every kind of ice cream they had.

David was a member of the Essentia Health Patient Advisory Board as well as the Heart and Vascular Board. He took great pride in advocating for others.

Most importantly David was an extremely proud grandfather of a US Marine. His children and grandchildren were his pride and joy.

David was preceded in death by parents; and brother, Robert.

The family would like to thank Essentia Health Hospice for the excellent care he received at home. They would also like to thank Dr Kalkidan Bishu for his endless care, compassion, and friendship throughout the years.

To send flowers to the family in memory of David Olson, please visit our flower store.