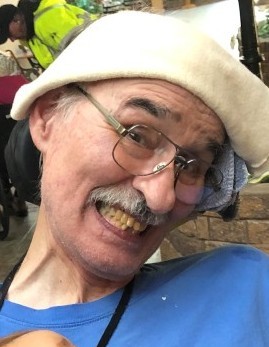 David Stanley Glinsek, 72, of Duluth died Saturday, April 20, 2019 at Essentia Health St. Mary’s Medical Center.  He was born July 23, 1946 in Ely, MN. to Stanley and Margaret (Sotlich) Glinsek.  David was a graduate of Ely High School and the University of Minnesota-Duluth.  He was an Insurance agent for the Vern Dahlke Insurance Agency for many years.  David was a member of St. Mary Star of the Sea Catholic Church.  In his younger years, he was an avid runner.   He enjoyed meeting new people and loved conversing with them.  David was also an avid UMD football and hockey fan.  He was preceded in death by his father.  David is survived by his children:  Simon (Sara) Glinsek of Willmar, MN.,  GiGi Glinsek of Willmar, Kai Alec Glinsek of Minneapolis, MN, and Kama Rose (Mark) Kreynest of St. Paul, MN; his grandchildren Noelle and Nikolai; his mother Margaret Glinsek of Ely; his brother Patrick (Shirley) Glinsek of Ely; his former wife and best friend Kate Fransen of Willmar; and his dear friend Jim Merritt of Duluth.  VISITATION:  Thursday, April 25th from 5-7 PM with rosary prayers at 5:30 PM at Dougherty Funeral Home.  Visitation will continue Friday, April 26th from 9AM until the 10 AM Mass of Christian Burial at St. Mary Star of the Sea Catholic Church.  Burial will be at Calvary Cemetery.  If so desired, memorials are preferred.  Per David’s request, please wear UMD Bulldog attire to the service.  Arrangements by Dougherty Funeral Home, 600 E. 2nd. St., Duluth, 218-727-3555.

To order memorial trees or send flowers to the family in memory of David Glinsek, please visit our flower store.