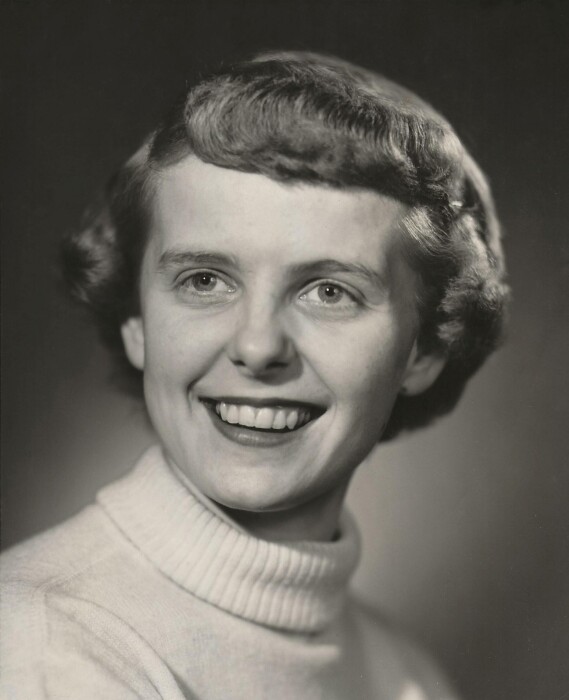 Darlene Virginia Rae Slotness of Duluth, MN passed away peacefully on December 31, 2020 at the age of 86.

Dar was born in Duluth, MN to Ray and Elsie Melander and graduated from Denfeld High School.  She attended college at the University of Minnesota Duluth, where she first saw Gordon Slotness at his locker, and she told her friend “I’m going to marry that guy.”  Dar graduated with a Bachelor of Science degree in Physical Education. Dar and Gordy were married on August 18, 1956, and she left teaching P.E. to raise their three children. Later, she pursued a Master’s degree in Counseling and was a counselor at 2001, a youth chemical dependency facility, until her retirement.

Her family and friends remember her as a strong, feisty, and outgoing woman with a large, close-knit group of friends. She was often found out on the ski hill, camping with family, or sailing Lake Superior aboard the Puffin. She was an avid golfer, and never missed an opportunity to cheer on (yell at) the Minnesota Vikings.  She enjoyed planning parties for the Barkers Island “F Dock” and hosting family gatherings where all enjoyed her delicious homemade recipes.

Dar was a gifted knitter and, over her lifetime, knit over a thousand stunning sweaters, many of which are still worn today. Although each and every sweater is unique, they all carry a common label inside: Made especially for you by Darlene Slotness. This label is her legacy of love, stitched by hand, passed on to those she loved.

A memorial service will be held at a later date. To send an online condolence, please visit doughertyfuneralduluth.com.  Arrangements by Dougherty Funeral Home, Duluth, 218-727-3555

To send flowers to the family in memory of Darlene Slotness, please visit our flower store.