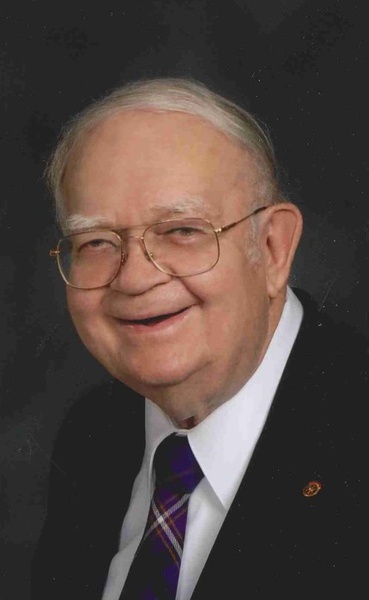 Daniel Henry Mundt, 92, of Duluth, passed away peacefully surrounded by his family on Monday, September 2, 2019. He was born in Barron, WI, on July 28, 1927, to William and Mary Mundt. He lived in Spooner, WI, until age 14 when his family moved to Shawano, WI,  where he played three sports, excelled at debate, and graduated from high school in 1945. He enlisted in the Army and was stationed in the Philippines with the field artillery. After discharge in June 1948, he enrolled in the University of Minnesota-Minneapolis. Dan graduated with his bachelor’s degree in Business Administration in 1951. Dan married Catherine L. Sulzbach on March 24, 1951. Cathy taught school while he earned his law degree at the U of M-Minneapolis. Upon graduation with his Juris Doctor degree, they moved to Duluth in August 1954 where he began his law practice.

The Duluth community has been a huge part of Dan's life for 65 years;  participated in many organizations including serving on the Duluth Board Education, 1961-1964, as a board administration member of Presbyterian Church, State of Minnesota. Board of directors for Duluth Young Men's Christian Association; Member of the University of Minnesota Alumni Club, the Duluth Rotary, Masons, Northern Bible Society; Glen Avon Presbyterian Church, Spooner Railroad Memories Museum, Phi Delta Phi, and Phi Delta Kappa. Dan was proud to have practiced law in Duluth for over 60 years starting as an associate to partner in the McCabe, Van Evera Law Firm in Duluth, Minnesota, 1954-1979; partner, Mundt & Hall, Duluth, 1979-1985; principal, Mundt & Associates, Duluth, since 1985. Dan also was a lecturer of business law and government regulation of business at the University of Minnesota, Duluth, 1955-1974.

Dan believed in lifelong learning. He, along with Cathy, established several philanthropic funds to leave a legacy for generations. Dan was a devote Christian and tried to demonstrate his faith through practice of service to others. He taught Bible classes at Glen Avon, served on many committees and provided lay preaching in small rural churches.  Dan and Cathy raised five children in Duluth. They were travelers as well:  first with their children in a Starcraft camper to national parks, and then, in later years, with various tour groups throughout the U. S. and other countries. Dan was an outdoor enthusiast. He thoroughly enjoyed spending time at the cabin on the Namekagon River… hunting, fishing, and simply listening to the sounds of nature. He felt like the cabin was a place of restoration for himself. Dan loved dogs, having four of his own over the years; he felt dogs gave him wonderful companionship.

To send flowers to the family in memory of Daniel Mundt, please visit our flower store.