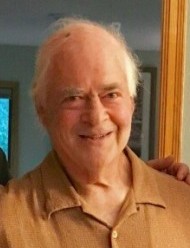 Daniel King was born July 31, 1946 and died on September 15, 2019.  He was preceded in death by his mother, Sally Lent King Hallock and his father Joseph “Red” King. He is survived by his wife, Christine; his sons Jeremy and Jesse (Amy); his sister Hannah; brother Paul; stepsister Naomi (Barry) Kassler; stepsister-in- law Rebecca Hallock as well as nieces and nephews. Dan began working for his father at the Beaver Bay grocery store. He was later mentored by Ben Overman in the art of real estate. He purchased the Overman Company with its full complement of properties to manage, a residential sales team, a maintenance team, supporting office staff and a love of commercial development. In later years, he limited his management of properties to his own and renamed this endeavor King Properties. Dan’s love of real estate extended to historic preservation in the city and to his presidency of the DAAR (Duluth Area Association of Realtors). He also served a term as the president of Temple Israel and he was a member of the National Guard. He loved playing softball, bowling, golf, old cars, playing cards, spending time at the lake, the foghorn and moving boulders to build rock gardens. He lived a full and generous life. Services will be held at 11:00 a.m. Tuesday, September 17, 2019 at Temple Israel. Please consider a memorial to Temple Israel’s endowment fund in Dan’s memory (1602 E. 2nd Street, 55812) or to the important work that CHUM does in our community (102 W. 2nd Street, 55802). Arrangements by  Dougherty Funeral Home, 600 E. 2nd Street, Duluth, MN 55805, 218-727-3555.

To order memorial trees or send flowers to the family in memory of Daniel King, please visit our flower store.