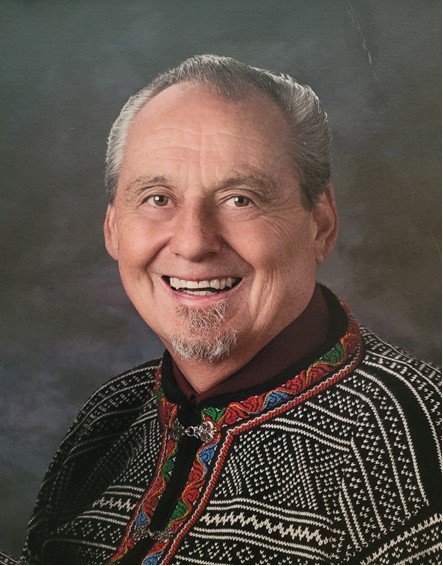 Clyde Martin Erickson died July 13th, 2022 in his home, surrounded by family and the love of many. He was born August 19th, 1940 in Two Harbors, MN, but was raised and spent the majority of his life in Duluth’s Woodland neighborhood. He is preceded in death by his parents, Rudy and Borghild Erickson; and niece, Patty Erickson.

In his nearly 82 years, Clyde lived a full life. He married Lynne Laspi on August 17th, 1963. The two raised 3 children, became grandparents to 18 grandchildren, and eventually welcomed a great granddaughter, all of whom were Clyde’s pride and joy.

Clyde was always a hard worker and took on many jobs throughout his lifetime. He worked as a Journeyman glazier for St. Germain’s, then operated Clyde M. Erickson Glass Service while also serving on the Duluth Fire Department until he retired as a Captain in 1987. He was a co-owner of N.A. Auto Electric and Kenwood Trustworthy Hardware, as well as being a landlord to many area properties. Being a Fireman was Clyde’s most prideful accomplishment, right after being a Dad and Grandpa. Taking care of his family was always his most important job.

Clyde was an active community member. He attended Concordia Lutheran Church and sang alongside his wife in the choir. He was a member of the Wednesday Nighters Car Club, and the MN Oldsmobile Club. Clyde loved going to car shows and was a proud owner of his 1950 Oldsmobile 98, and owned a small collection of old cars in his backyard. He was also a proud Norwegian and was a member of the Sons of Norway, Nortun Lodge 1-016 of Duluth.

In his free time, Clyde enjoyed hunting, fishing, and playing cards. He claimed to have “never lost” a game of cribbage, though his family members might share a different story. He loved going antiquing, finding treasures at garage sales, and was always on the lookout for a good bargain. He was a UMD sports fan through and through, but particularly loved going to the UMD hockey games which he attended alongside his wife, kids, and grandchildren. Clyde loved holidays, especially the 4th of July, and was happy to spend his final one doing fireworks with his family and neighbors.

The past 11 years, Clyde battled with Acute Myeloid Leukemia. Time and time again, he beat the odds and was the longest surviving patient on his particular treatment. He was a vision of strength and hope to all who knew him. We thank Dr. Bret Friday and the entire staff at Essentia Health’s Cancer Center, as well as Dr. Aref Al-Kali of the Mayo Clinic for helping him through his battle.

Clyde will be remembered by all who knew him as a compassionate, strong, determined man with a booming laugh and smile on his face. He always worked hard to take care of others, doing anything he could to support his friends and family. He was incredibly humble and showed resilience in his last years. He sought the good, and preached kindness towards everyone.

A celebration of Clyde’s life will be held at Concordia Lutheran Church, 2501 Woodland Ave, Duluth, MN 55803. Visitation will be held Monday July 18th from 5-7pm, and Tuesday July 19th at 10am with service to follow at 11am.

In lieu of flowers, donations are preferred to Save the Children or UNICEF, to benefit the children of Ukraine, or to Concordia Lutheran Church.

To send flowers to the family in memory of Clyde Martin Erickson, please visit our flower store.