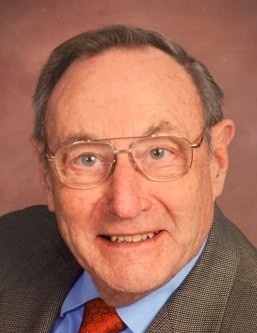 Clifford T. Boe, 89, of Duluth, passed away peacefully with family by his side, Thursday, July 4, 2019.  He was born in Duluth to Toralf Boe and Agnes Severtsen December 9, 1929. He later was adopted by Clara Bertilrud.

He was an active member of Holy Cross Lutheran Church.

He enjoyed being a member of many organizations. They included being a 50 year member of The Sons of Norway, a member of the Palestine Lodge Masonic Order, AAD Shrine, Eucalid Chapter of the Order of Eastern Star, and a lifetime member of the Scottish rite. He was also a member of the VFW, American Legion, and the DAV (Disabled American Vet). He served with the United States Marine’s with The B Company of Duluth. He was very proud to be one of the Chosin Few who served and survived the Chosin Reservoir conflict in the Korean War.  He attended many reunions and enjoyed reminiscing with his Semper Fi Brothers who served with him in those conflicts. He enjoyed sharing his “Tootsie Roll” stories of survival during the Korean War with others including talking to many students and telling them how “Tootsie Rolls” were airdropped to help the trapped Marines to help them survive.

He also enjoyed helping others and working with his hands. He enjoyed working with wood where his talents included creating beautiful Rose-mauled plates, wooden stools for his grandchildren, and many other handcrafted items. Most recently he loved driving his side by side especially at Dan’s cabin. He enjoyed spending time with his family, grandkids and great grandkids. Passing the time playing Solitaire on his “new” laptop, talking to “Alexa” where he learned about the weather and the daily joke, “cutting the grass” and simply enjoying the outdoors on his deck were some of his favorite activities.

He is preceded in death by his parents, and sisters, Deloris McNaughton, and Karen Schamberger.

In lieu of flowers memorials can be directed to the family.

Visitation will be 3-5PM, Sunday July 7, 2019 in Holy Cross Lutheran Church, 410 N Arlington Ave, Duluth, MN 55811, visitation will continue Monday, July 8th, from 10AM until the 11AM Funeral Service. Military honors will be accorded by the Duluth Honor Guard.

To send flowers to the family in memory of Clifford Boe, please visit our flower store.