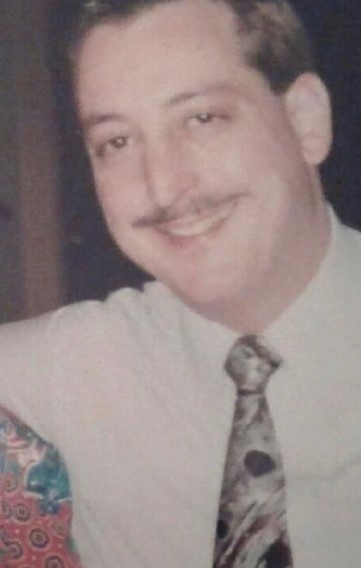 Christos (Chris) Peter Manolis passed into the Lord’s care on February 11th, 2020 after over a decade long battle with lung cancer.  Born on September 6th, 1959 to Peter and Loula Manolis in Duluth, MN, he graduated from Duluth Central High School in 1978.

While in high school, Chris worked at two iconic downtown businesses: Mr. Nick’s, and then at his father’s well-loved establishment, Mr. Pete’s. Later, he worked as the manager of the Central Entrance Burger King, was the Head of Logistics and Maintenance at the Lakeview Castle, and finally was the day manager at Aces on 1st, Aces on 29th, and Spurs on 1st. For 20 years, he could always be found working hard behind the grills for the Downtown Duluth Sidewalk Days.

Raised in the Greek Orthodox Faith and the Greek cultural traditions, Chris was a devoted servant to his beloved church, Twelve Holy Apostles, and deeply loved the church’s Byzantine chanting. He served on the Parish Council for many years, the church choir, and was also elected as a parish delegate to the Metropolis of Chicago for three different Diocesan Assemblies. He joyfully volunteered for many church functions and was the head of the kitchen crew for the annual Taste of Greece Festival. Chris was also the head of the Buildings and Grounds Committee and kept a watchful eye on things that needed repairs, servicing, and in general, finding small and seemingly insignificant things to tinker with and fix.

Following in his father’s footsteps, Chris was a 30-year member of the Senator Sam G. Solon Duluth Order of AHEPA: Chapter 267 (American Hellenic Educational Progressive Association). Chris held the office of Treasurer for 13 years and was appointed many times as the Chapter delegate to the District 14 Conventions.

He is survived by his mother, Loula Manolis, his brother, Greg Manolis (both of Duluth, MN), his daughter, Ashley Sawicki (of Tracy, MN), his aunt and godmother, Helene Georgalan (of Madison, WI), six cousins, two grandchildren, two god sisters, a goddaughter, and an abundance of dear friends.

In lieu of flowers, contributions are to be kindly made out to Twelve Holy Apostles Greek Orthodox Church with the memo: Chris Manolis Memorial Fund.

Known as “Kitcho” to those that knew and loved him, he’ll remain forever in our minds and hearts.

To send flowers to the family in memory of Christo (Chris) Manolis, please visit our flower store.