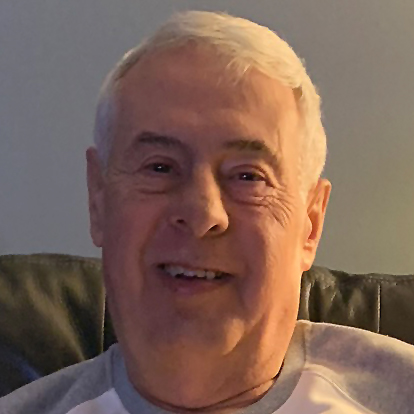 Chuck grew up in Hermantown and attended Saint Clement’s school as well as Hermantown High School. After high school, Chuck was a crew member on the William A. Irvin for two summers, while attending University of Minnesota-Duluth. Chuck’s career was in the railroad business, with much of the time focused on safety and claims work. Additionally, he served with the 477th Medical Company in the US Army Reserves. Chuck was an active member at St. Lawrence Catholic Church and was the founder of the Saint Louis River Experience, working with the elderly community.

Chuck was a family man, raising and coaching his three sons, and later as an adoring grandfather. Chuck had many hobbies, with his more enjoyable being traveling with his RV and camping. He also loved watching UMD athletics, with hockey being his favorite.

Chuck is preceded in death by his parents, and his brother Jim.

In lieu of flowers, please consider a donation to Duluth’s St. Luke’s Foundation.

To send flowers to the family in memory of Charles "Chuck" Wollack, please visit our flower store.