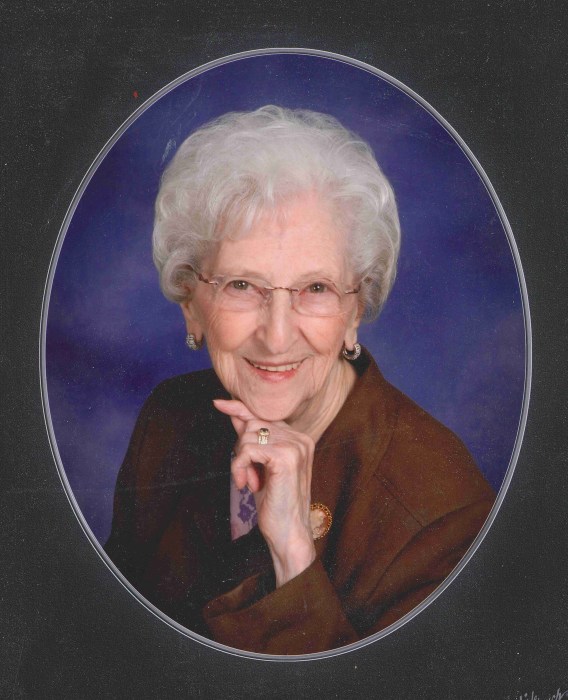 Carolyn Theresa Habert, age 98, of Duluth, died Wednesday, July 31, 2019 at Bayshore Health Center.  She was born February 12, 1921 to John and Juliana (Kuhn) Neigum in Napoleon, ND.  A resident of Duluth since 1945, she was a 1946 graduate of St. Katherine’s School of Nursing in St. Paul, MN.  She worked as a Registered Nurse in private duty until 1980.  Following that, she was employed at Waters of Park Point (now Bayshore) as a Registered Nurse.  Carolyn married Robert W. Habert in 1951 in Duluth. He died in 1977.   She was a past member of St. Mary Star of the Sea Catholic church, had been an active member of several bridge clubs, and was a former member of Women of the Moose, # 1478. Carolyn enjoyed most card games and was generally pretty lucky at them.  Carolyn also enjoyed traveling.  Carolyn married Gordon W. Nelson in 1987, he died in 1993.  Beside her husbands, Carolyn was preceded in death by her parents, her one sister and five brothers, Kay, Phillip, Fred, John, Martin and Gotlieb, and her daughters-in-law Joanne and Diane Habert.  Carolyn is survived by her daughter Julie (Michael) Vogel of Golden Valley, MN, her sons Steve of Twig, Robert, Jr of Lafayette, IN, and Tom (Karen) of Duluth; three grandchildren; Sophia and Michael Vogel of Golden Valley and Robert Habert, III of Lafayette; two great-grandchildren; and nine step-grandchildren.  VISITATION:  Saturday, August 10, 2019 from 10–11 AM, followed at 11 AM by the funeral service at Dougherty Funeral Home.  Burial will be at Calvary Cemetery.  Arrangements by Dougherty Funeral Home, 600 E. second St., Duluth, 218-727-3555.

To order memorial trees or send flowers to the family in memory of Carolyn Habert, please visit our flower store.