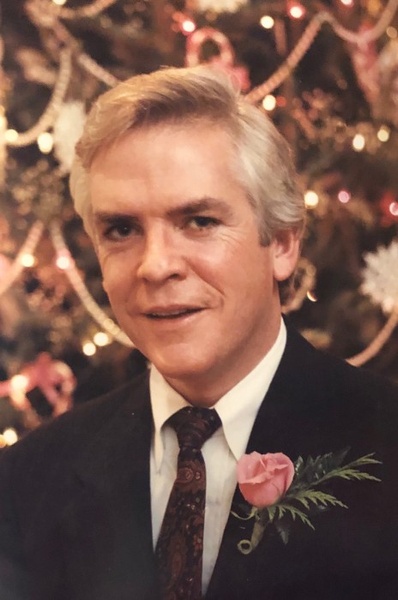 Bryan T. Flaherty, age 66, of Duluth passed away Tuesday, March 5, 2019 at the University of Minnesota Hospital with his family by his side.  Throughout the past 5 years, he repeatedly defied the odds, having won the battle with Idiopathic Pulmonary Fibrosis through the miracle of a double lung transplant in 2016. Most recently he was faced with Primary Sclerosing Cholangitis, curable only through a liver transplant.  Sadly, a second transplant wasn’t to be.

Bryan married his soul mate and love of his life, Betty Jerulle, on December 22, 1990. Together, they raised 4 amazing children.

Bryan was a graduate of Duluth East High School and attended St. Cloud State University. He worked many years for Corporate Perkins Family Restaurants, and at the age of 21, became the youngest supervisor in the Perkins restaurant group. Bryan was named Vice President of Operations and was responsible for opening over 60 new corporate restaurants before he returned to Duluth to work in the family business.  Bryan then branched out and created his own company - The Black Woods Group in 1994.  With a gift for creating unique dining experiences and a strong business acumen, Bryan built several Black Woods Grill and Bar restaurants, as well as Black Water Lounge, Greysolon Plaza (Ballroom and Moorish Room), a Perkins in Oshkosh, WI, and Tavern on the Hill.

Bryan was a humble and generous man who felt it was his moral obligation to give back. He took pride in supporting our local military and law enforcement, gave to countless community events, and felt a sincere obligation to support his employees and their families – especially in times of hardship.

One of Bryan’s proudest accomplishments was his work as a driving force behind the ALS Black Woods Blizzard Tour - the World’s Largest Snowmobile Fundraising Event - that recently celebrated the raising of 10 million dollars over the past 20 years.  He also was a pioneer of local hockey programs and instrumental in the launch of the Heritage Hockey Arena. In 2017, he was the recipient of the Joel Labovitz Mature Entrepreneurial Success Award.

Bryan loved traveling, cabin time, golfing with his beloved friends, concerts, reading, watching hockey, and time outside building a backyard wonderland for his family to enjoy.  Most of all, his favorite times were with Betty and their children and grandchildren.

He was preceded in death by his sweet little sister, Brigid.

Bryan’s family wishes to give special thanks Dr. Tim Rich for his dedicated care, compassion, and friendship, as well as the entire University of Minnesota Medical Team and dedicated 6 th floor nurses.

Visitation will be Tuesday, March 12 from 5-7pm at the Cathedral of Our Lady of the Rosary, 2801 E 4 th St. Duluth, MN. Family and friends will gather there again for a celebration mass on Wednesday, March 13 th at 11am.

To honor Bryan’s legacy, a local academic scholarship fund is being created.

To send flowers to the family in memory of Bryan Flaherty, please visit our flower store.