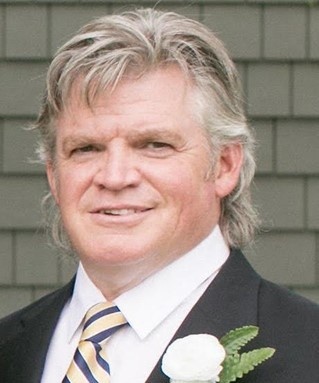 Brendan James Flaherty was born on January 14th, 1964 in Duluth, Minnesota and passed away surrounded by family on June 24th, 2021 at the age of 57 after a three year long battle with cancer. Brendan was larger than life and touched so many lives within the community in which he remained throughout his life. He leaves a legacy with the hundreds of players he coached over more than 25 years of coaching high school hockey. He also took great pride in the business he helped build from the ground up from 1999-2018, The Mars Lakeview Arena.

Brendan will be remembered by his passion, determination, love for his family, enthusiasm for hockey, and loyalty to all of his former players. His infectious laugh, hugs, handshakes, and pep talks will be missed most by his close family and friends.

The family extends its thanks to Essentia Health Hospice for their care and compassion for Brendan and his wife, daughter, and son at the end of his life.

Visitation will be held at the Cathedral of Our Lady of the Rosary in Duluth, Minnesota on July 22nd at 10 a.m., with a funeral service at 11 a.m.. There will be a celebration of Brendan’s life directly following the service on July 22nd at the Greysolon Ballroom.

To send flowers to the family in memory of Brendan Flaherty, please visit our flower store.