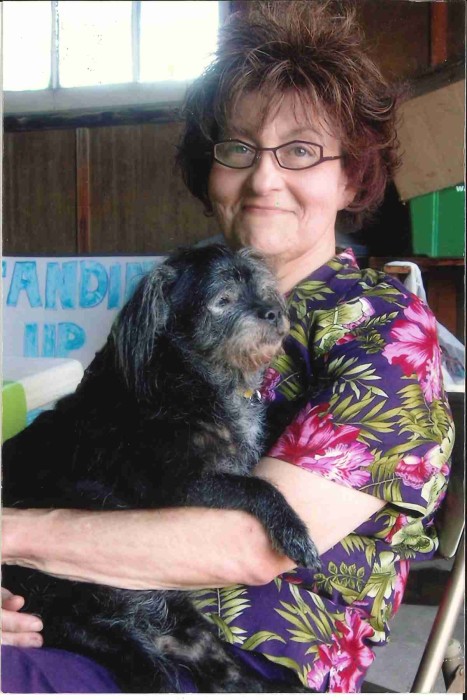 Bonnie graduated from UMD with a BS degree in art education, a studio emphasis in sculpture, and a minor in art history. She enjoyed sculpture, painting, and designing exhibits.

She was the heart and soul of the A.M. Chisholm Museum/Duluth Children’s Museum for 40 years.  She began her career there in 1968, continuing through 2008, serving at different times as program director, executive director, curator.  Her museum roots began in 1st grade in Miss Wing’s Saturday art classes.  Mabel Wing, Museum founder, and Ruth Maney and others took Bonnie under their wing.  They were an important influence on her life.  Her own doctors along with attorneys, business people, educators, artists, judges, moms and dads today were the young people Bonnie welcomed as children to the Museum while she was the program director.  Many of them have shared with her the impact she had on their lives.  She was one of those who Mr. Rogers called “the helpers.”  It was a thrill for her to meet Mr. Rogers at a children’s museum conference in 1991. Bonnie provided expertise in small museum management to the national museum field.  She was a member of the Minnesota Association of Museums where she served as a board member and chairperson, the Association of Youth Museums, and the American Association of Museums where she used her talents as a reviewer for the Museum Assessment Program and was a panel member for the Institute of Museum and Library Services.  Her work with the Minnesota State Arts Board included time as a panelist for the Folk Arts and Arts in Education programs, and she was a recipient of a Minnesota State Arts Board award for promotion of folk arts.  She was also a long-time member of the Soroptimist Club of Duluth. She often supported artists by purchasing their works and her home was filled with beloved pieces of art from many talented people. Bonnie and the Museum staff contributed time over 25 years to the Duluth International Folk Festival programming in partnership with the YWCA.  She always tried to further the Museum’s mission of teaching children about the world and the many cultures it holds.  The more we learn about each other, the more we find our common bonds regardless of where we live in the world. She fostered many little dogs for Animal Allies Humane Society. She was known for her vast collection of shoes and her fine sense of humor which was inherited from her father.  Bonnie was also a keeper of family history along with her cousin, Jerry. Bonnie loved her family.  Most of the elders died at young ages, so the cousins were important to each other.  She loved to have her cousins visit so she could catch up on all the young people and family adventures.  She “employed” lots of cousins at the Museum over the years, inviting them to help her catalog collections, make ornaments, and other Museum jobs as well as volunteering for the Folk Festival. Bonnie always liked to work in the background and not center stage, though addressing a crowd of hundreds was something she took on fearlessly. Her wish was to be remembered with a smile. Special thanks to the Duluth Fire Department, Kindred At Home, and Essentia Health 9th floor staff and support services.  She was grateful for your care. She was preceded in death by her parents Howard Cusick and Rose Cusick (Capriglione), cousins Ralph Romano, Lillian Capriglione, Steve Talbot.  Bonnie was never married.  She did not have her own children, but did have hundreds of Museum children in her life. Bonnie is survived by first cousins: Jerry DeMeo (Wanda), Michelle Hooey (Kim), DeeAnna DeCaro (John), William Benson(JoEllen), Gary Benson (Therese), Ralph Capriglione (Margie), Al Capriglione (Kris), Donald Romano (Mavis), Carmen Romano Jr., Pete Capriglione (Elaine), Linda Talbot, Barb Romano Hogg, Diane Erickson, Jeff Hanson, Paul Hanson, Pete Hanson, Uncle Glenn Cusick, aunts Kathy Redenbaugh and JoAnn Johnson, Kevin Cusick, Mike Cusick, Casey Cusick, Gary Johnson, and 29 other Cusick first cousins, her BFF, Pat Castellano, beloved dog, Mickey, and many lifelong friends and good neighbors. Memorials to Animal Allies Humane Society.

To send flowers to the family in memory of Bonnie Cusick, please visit our flower store.