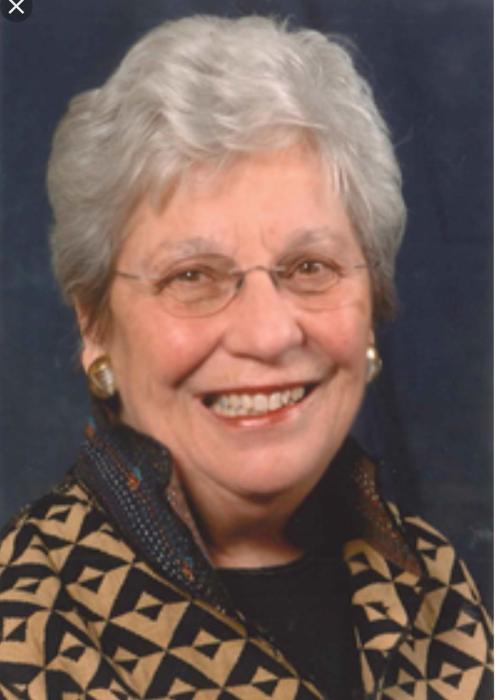 PROUD TO HAVE BEEN A DULUTHIAN FOR OVER 70 YEARS, Born on March 23, 1928, to Daniel and Yetta Betten, in Green Bay, Wisconsin; Beverly Betten Goldfine passed away in her seasonal home of Scottsdale, Arizona on August 27, 2019, having lived a full and exceptional life. Having been born and raised in Green Bay, Bev was a lifelong Packer fan, so much so that she was even a shareholder in the team. Nonetheless, upon moving to Duluth, following her marriage to Erwin Goldfine on September 1, 1946, she continuously demonstrated her great capacity to love of her new hometown.

Like many woman, Bev spent much of the 1950’s and 60’s as a stay at home mom for their four growing children – Steven, Amy, John and Dan; fulfilling all the motherly chores that were required of her, along with the wifely responsibilities that went with being married to a businessman and civic leader. As her children began to leave home, Beverly began taking on additional tasks and demonstrate more leadership skills. Perhaps her greatest achievement was forming along with her mentor, Judge Gerald Heaney, and Katherine Watters Duluth’s Townview Improvement Corporation, an organization made up of women volunteers, determined to begin rejuvenating Duluth’s central hillside. Beverly served as Townview’s long term president. As a result of their efforts, Townview was named the Nation’s volunteer of the year, and Bev traveled to Washington DC and was honored at the White House. While in Washington, she was also asked to share her knowledge of issues related to public housing by testifying before Congress.

As her time with Townview began to phase out, Bev and her good friend Kathrine Watters went into the retail business in downtown Duluth, establishing and operating for several years Paper Ink. Throughout all this period, Beverly found time for meaningful civic involvement. Early on, she was instrumental in helping to reinvigorate the Duluth Art Institute, and served for decades on the Duluth Arts Commission. She was one of the founders of two of Duluth’s most prominent institutions – the St Louis County Heritage and Art Center (The Depot) and the Duluth Superior Area Community Foundation. At UMD, for many years, Bev served on the board of Tweed Museum of Art. As a result of their decades of volunteer service to UMD and the establishment of the Goldfine Scholarship Fund, Beverly and husband, Erwin, received well deserved honorary degrees.

If all this wasn’t enough, Beverly Goldfine was a vital participant in the Duluth Jewish community and her synagogue, Temple Israel-Duluth; was very active in Democratic politics from the earliest day of Minnesota’s DFL Party; supported women’s causes; traveled the world, accumulating a wonderfully eclectic art collection; was and enthusiastic and tenacious tennis and bridge player; most important, she was a thoroughly loving, committed and supportive wife, mother, grandmother, and loyal friend.

Beverly’s family wishes to acknowledge the help and support provided over the past several months by her team of health care providers, Hospice of the Valley, and her many friends at Vi Silverstone in Scottsdale, with special love and appreciation going to Bev’s best friend, Joanie Goodman.

Services will be 11am Wednesday, Sept. 11th at Temple Israel, 1602 E 2nd St. Duluth, MN.   According to Mrs. Goldfine’s wishes, in lieu of flowers, contributions can be made to the Beverly and Erwin Goldfine Scholarship Fund at the University of Minnesota-Duluth, or the Beverly and Erwin Goldfine Fund at Temple Israel-Duluth.  Arrangements by Dougherty Funeral Home, 600 E 2nd St. Duluth, MN, (218) 727-3555.

To order memorial trees or send flowers to the family in memory of Beverly Goldfine, please visit our flower store.