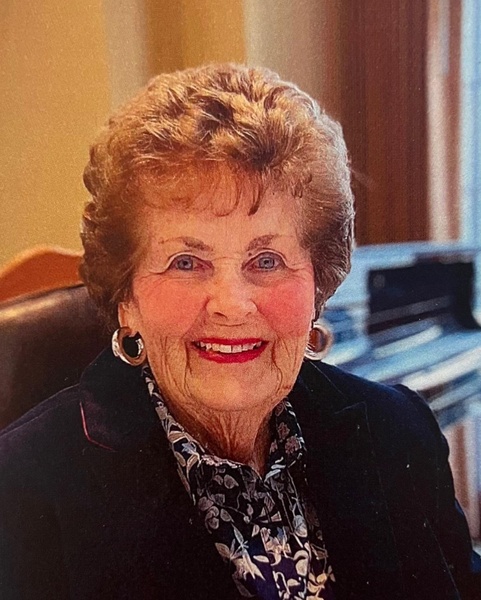 Betty Wheeler Buchanan passed away peacefully on June 2, 2022 in Duluth.

She was born on March 10, 1927 in St. Paul, MN to Esther Honett Wheeler and Amasa Ellsworth Wheeler.

Betty graduated from Stanbrook Hall, Duluth, in 1944. She attended Lawrence University and matriculated in 1948. Betty married Bruce Buchanan in August, 1948 and worked as a lab technician at Wisconsin General Hospital in Madison, Wisconsin for three years thereafter.

She moved back to Duluth with her husband, Bruce, in 1951, where they lived and raised their family. Betty served as a Brownie Troop leader in the early years and was also a Sunday school teacher at Pilgrim Congregational Church. She was the Secretary of the St. Luke’s Auxiliary as well as the co-manager of the St. Luke’s gift shop for many years. She was a member of the PEO Sisterhood until 2000.

Betty was an accomplished golfer and often was her league’s champion. She was an avid reader and passionate about opera.

She was also a National Audubon Society patron.

Betty was preceded in death by her beloved husband, Bruce and her cherished son, Bob.

She is survived by her children Sarah Graves (husband John), Tulsa, OK;

Her MEMORIAL SERVICE will be held on Tuesday, June, 14 at the Forest Hill Cemetery Chapel, 2516 Woodland Ave, at 11:00 a.m. Private family burial will follow. In lieu of flowers, a donation can be made to the Duluth Public Library.  Arrangements made by Dougherty Funeral Home, Duluth, MN. (218) 727-3555.