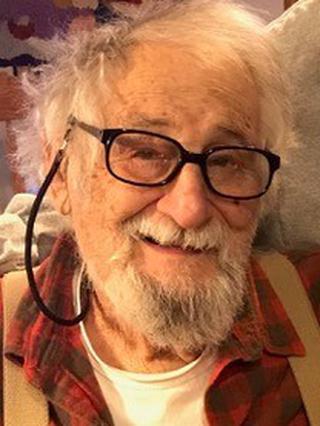 Ben Levine, 94, died at home on Sunday, Jan. 19, 2020. Ben was born in Duluth on Sept. 6th, 1925 to Israel and Molly Levine. He graduated from Duluth Central High School where he was a handsome football star. After high school he attended the Guthrie Art School before leaving school to fight in WWII. He was severely wounded and received a purple heart. He survived to come home and marry his sweetheart, Shirley Keil. He went to work for his father-in-law who owned the Duluth Furniture Company. When that closed, he went to work for Goldfine’s By The Bridge, managing the furniture department for many years while growing his family. He went back to school at 37 to complete his Master’s Degree in Art Education and taught for many years at the Open School, Washington Junior, Duluth Central. He continued creating up to his death—sewing hats, painting, framing, always busy doing something creative.

He was preceded in death by his parents, his sister Alice, his brother Morris and his beloved wife Shirley.

His is survived by his brother Sherwin, his children—Kathy (Mike Olson), Bill (Lorna), Michael (Holly Lindsay), Rob, and his grandchildren Sam (Kirsten Welge), Nathan (Kate McDonald), Mara, and Ilana, many special nieces and nephews and friends.

Special thanks to his caregivers Taylor, Madison, and others at Home Health Star who helped him remain in his home. Rest in peace Ben, you are with Shirley and Lucy.

To send flowers to the family in memory of Ben Levine, please visit our flower store.