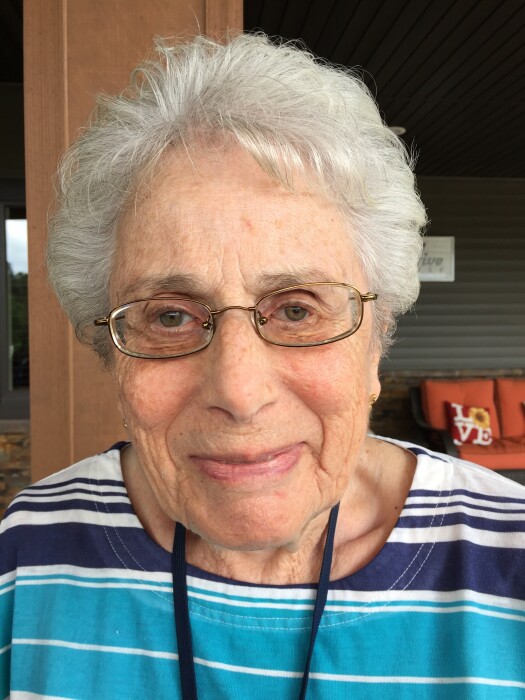 It’s been a rough Covid year, but nothing can compare to losing our mom Barbara Segal (Nana B),wife, sister, aunt and friend . Her passing marks the end of an era for our family. She was the glue that held us together and the momentum that helped us all grow into successful adults. Her death on April 9, 2021 will be remembered forever.  Barbara’s kindness started when she was young. She would find the hobos who rode the train through Fort William, Ontario, Canada looking for work and try to find food to give them. She would feed the stray dogs and cats who would be wondering through her yard. We think she was just practicing to be the best Jewish mother on earth.  Over the years she volunteered in the Miller Dwan Medical Library, patched up and sewed clothes at Northwood Children’s Home and was active in her synagogue Sisterhood and Hadassah organizations. Her family was her first priority and she took this role on with the utmost seriousness and joy. Everyone who was lucky enough to know her felt her love as she was so good at giving it to each person while still having more than enough left for the next one who came along. She was always the first one to ask about everyone’s families and she wanted to see pictures of all of them to be able to “ooo” and “ ahhhh” over their beautiful faces.   Her 90th birthday was on January 23rd of 2021. Her birth in 1931 was normal,but she was small and was taken home from the hospital where she spent some time in the oven during the day so the pilot light would keep her warm. Incubators were not around yet. She grew up and in her late teens took a bus trip to Duluth with her sister Rivvie. Stan Segal was sent to pick them up at the bus depot as his step-mom Gertrude was friends with Barbara’s mom. When Barbara saw Stan she said to her sister” I’m going to marry that guy”. She did just that and they spent 62 years together.  She was preceded in death by her mother Gertrude Stitt, father David Stitt and brother Jack. Left here to mourn but always remembering her are: her daughters Sarah Segal, Toby ( John) Sillanpa; sister Rivvie Fraleigh and Rivvie’s children Brad, Jill and Diane; grandchildren Rachel (Brian) Edelschick, Aaron (Melanie) Sillanpa; and 4 great grandchildren Brynn Sillanpa, Mina Edelschick, Eli Sillanpa and Reece Edelschick. Our family was lucky to be able to say that Mom’s last years were spent at the BeeHive Homes here in Duluth. They treated her like she was a part of their own family and they provided care and support far above what was expected. Words cannot express our thankfulness and gratitude to Jon and Erin Kalkbrenner and staff for how they enriched her life. Mom was diagnosed with Covid in November and was enrolled in hospice with Moments Hospice. Her RN Tera was the most spectacular person we could have asked for. She took care of mom’s every need. Thank you Tera and staff for being so present and supportive.  As the family tries to go on without her we will try to remember what she used to say when things got tough. She would look at you and say “ it could be worse”.  Graveside services were private at Tifereth Israel Cemetery.  Arrangements by Dougherty Funeral Home, Duluth, 218-727-3555

To order memorial trees or send flowers to the family in memory of Barbara Segal, please visit our flower store.