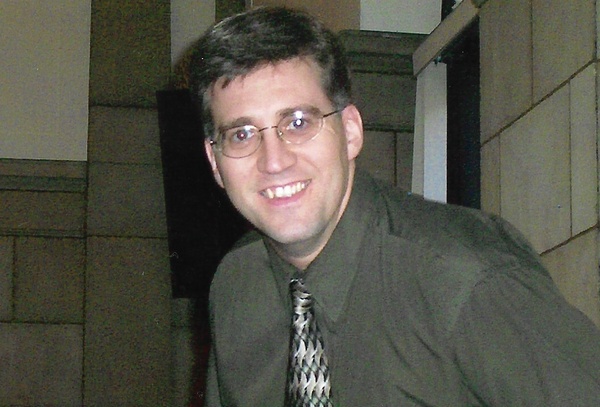 Anthony “Tony” M. Dobinson, 57 of Duluth, died Monday, July 4th in his home, with his family by his side, after a 1 year battle with cancer.  Tony was born Aug. 21, 1964 in Basildon, England to George and Audrey Dobinson. He graduated from Anglia Polytechnic University in England, received his Bachelor’s degree from UWS, and his Master degree from the College of St. Scholastica.  He moved to Duluth in 1997 and started teaching at Hermantown High School in 1999 where he worked until his death.

He married Linda Nordland on June 14, 1997.  Tony coached youth soccer in Hermantown, was the High School Knowledge Bowl coach, and led multiple class trips to Washington DC and one to the Amazon rain forest in Peru. Tony loved to travel, and loved soccer; cheering on England, Chelsea and Jack and Sam’s teams.

He was preceded in death by his parents, George and Audrey.

Tony is survived by his wife, Linda; his sons, Jack and Sam, and his brothers, Mark and Steve, his father-in-law Robert, Sister-in-law Jean (Kevin), brothers-in-law Rob (Mo) and Don (Lynn), and multiple nieces and nephews.

Visitation will be Monday, July 11th from 10am to the 11am service at St. John’s Church, 1 W. Chisholm St. Duluth, MN.  Burial will follow at Forest Hill Cemetery.  Memorials can be sent to Linda Dobinson for their sons’ education.

To send flowers to the family in memory of Anthony “Tony” M. Dobinson, please visit our flower store.