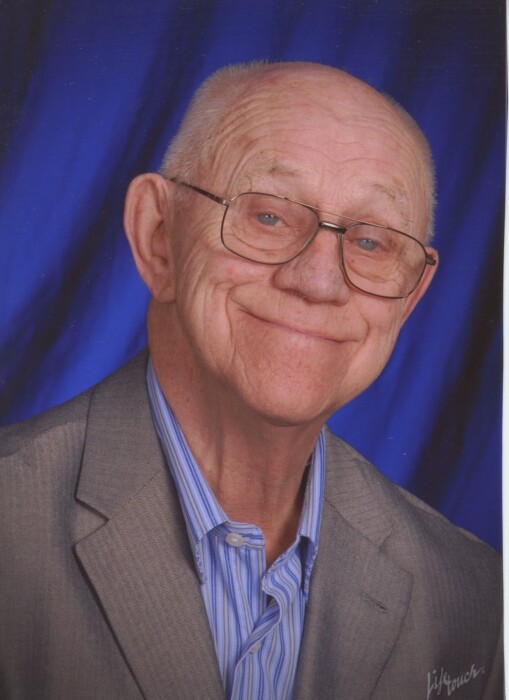 Al Arnold was born on January 4, 1932 to Fred and Ethel Arnold in Providence, RI. He passed away peacefully on October 13, 2021 in Duluth, MN. Al spent a majority of his childhood in North Scituate, RI on the family farm. At the age of 17 he moved to Duluth and attended Denfeld HS his senior year where he was a proud member of the football team. He was a member of the Air National Guard and his unit was mobilized in March of 1951. He was honorably discharged in 1953 and served in the Army Reserves through 1964. Al received his bachelor’s degree from University of Minnesota Duluth where he enjoyed time on the football team and the ski club.

In June of 1957 Al married Betsy Lawson. Together they had 4 children. They enjoyed skiing at Mont du Lac ski area and summers at the family cabin at Lake Vermillion. Al married Mary Ann ( Bradley) Hurrle in Oct 1992 after a long courtship. They enjoyed their retirement years traveling much of the world, fishing  and spending time at their FL home in the winter.

Al enjoyed a lifetime of active pursuits. He was an avid golfer, downhill skier, fisherman, outdoorsman and spent an enormous amount of time maintaining and flying his Cessna 182 airplane. His was a long- time volunteer with the Civil Air Patrol and the National Ski Patrol.

Al enjoyed teaching and coaching in Wrenshall and   a long career in the field of Corrections.  Initially he worked for the Minnesota Department of Corrections and the last position he held before retirement was Director of Court and Field Services for Arrowhead Regional Corrections.

The family would like to thank the staff at Beehive Homes that provided loving care for Al in his last years of life. We are extremely grateful.

Services will be held at Dougherty Funeral Home on Saturday November 6th.  Visitation at noon, service at 1 PM, with a family burial immediately after the service at Forest Hill Cemetery. Due to Covid we kindly ask that all attendees wear a mask.

In lieu of flowers a donation, In Al’s memory, to The Boys and Girls Club of the Northland, PO Box 16435, Duluth, MN 55826 would be appreciated.

To order memorial trees or send flowers to the family in memory of Al Arnold, please visit our flower store.