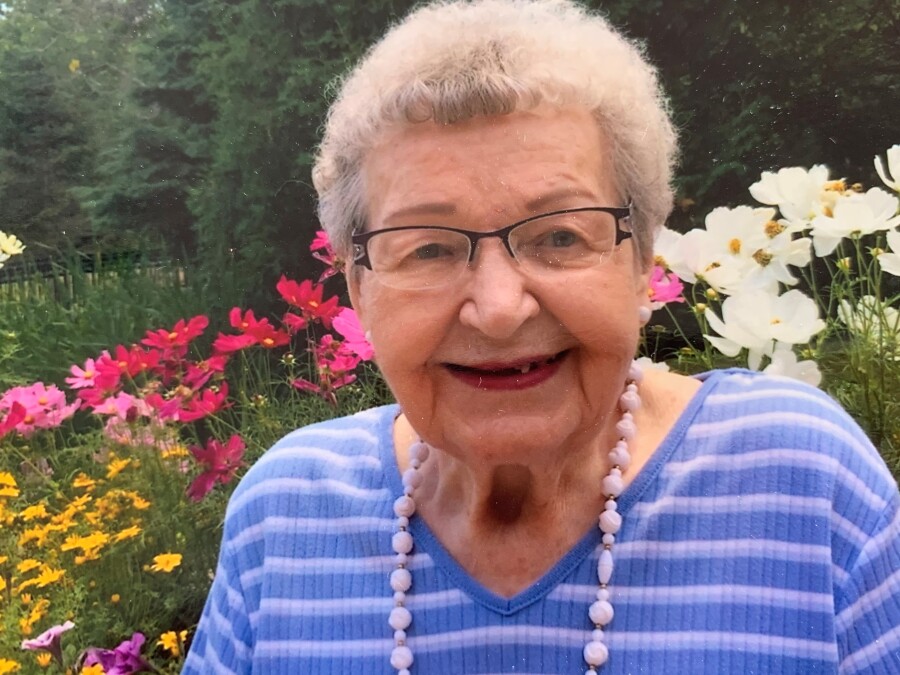 Aggie Mattson, age 96, long-time resident of Soudan, entered into eternal life on December 31, 2020 at Benedictine Health Center in Duluth.  Agnes Caroline Erchul was born in Soudan on March 24, 1924 to Joseph F. and Mary (Breznik) Erchul. Aggie was married to Edward J. Dragavon at St. Martin’s Catholic Church in Tower on August 10, 1946. They were the parents of four children: Edward J. Dragavon, Jr. of Los Angeles; Mary (Rod) Eidelbes of Grand Rapids; Dolly (Bob) Ladner of Lake Elmo; and Jane Dragavon, who passed away in 1965.

She was preceded in death by her parents, husband Edward Dragavon in 1968, and all ten of her siblings. Aggie was blessed to marry Carl M. Mattson on September 22, 1973. They enjoyed many years of travel, dancing, dining out, and card games until Carl’s passing in 2006.

Aggie was a long-time employee of the State Bank of Tower and               especially loved her work at the Soudan Underground Mine State Park, retiring at age 70. She was a devoted member of St. Martin’s Catholic Church (St. Elizabeth’s Circle), KSKJ Lodge #4, and the Slovenian Women’s Union, Branch #34.

Aggie loved her faith and her family. In her faith she found much comfort and strength. She was a proud Mom, Grandma, and Great Grandma, always sharing accomplishments with whomever would listen. Nothing put a bigger smile on her face than to see her grands and great grands. Aggie was always perfectly dressed and accessorized to a “T”.  Mom was an accomplished baker (potica!)and cook. We all remember her joy in serving her family a delicious meal at her dining room table. She also excelled as a seamstress and gardener.

The family would like to thank Olajean Hayworth for her special friendship, support and love; and the staff of Westwood and BHC for taking “good care” of Mom over the last 10 years. They became extended family to Mom and will never see a dum dum sucker without remembering her.

Mom’s life will be celebrated at 11:00am Friday, August 13th, at the Benedictine Health Center Chapel.

The family prefers memorials to St. Scholastica Monastery, Second Harvest or a charity of your choice.

Stand up for what you believe in.

To order memorial trees or send flowers to the family in memory of Agnes (Erchul Dragavon) Mattson, please visit our flower store.