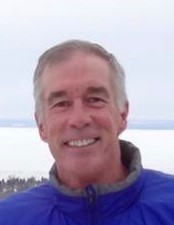 William “Bill” Gitar, 69, of Duluth, passed away in Remer, MN, on Thursday, January 9th.  He received the best possible care there by the dedicated staff at Americare Lodge. He was born in Duluth on May 3, 1950 to Kenneth and Lorraine Gitar.  Bill worked at St. Mary’s Hospital as an emergency room doctor. He served twice as a live-in physician at a high-altitude clinic sponsored by the Himalayan Rescue Association in Nepal. The clinic was accessible only by making a ten-day hike on mountain trails. He was a member of the American Alpine Association.  Bill enjoyed climbing, hiking, running, backpacking, and time with his family and grandkids. He was a world traveler and ran Grandma’s Marathon 12 times.

He was preceded in death by his parents.

To order memorial trees or send flowers to the family in memory of William Gitar, please visit our flower store.