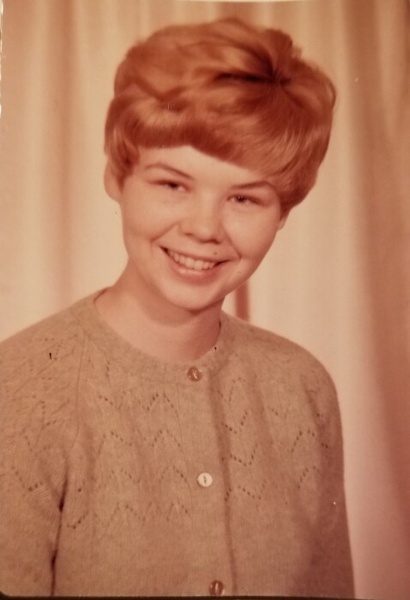 Rita Francine Clapper, 74 of Duluth, passed away in the early morning hours of Wednesday, October 14, 2020 at Essentia Health, St. Mary’s Medical Center of natural causes.  She was born in Walla Walla, WA on August 17, 1946 to Elmer and Naomi Kramer.  She spent her formative years in Denver, CO before moving to Minnetonka, MN as a high school student.  Rita attended the University of Minnesota, where she particularly enjoyed her theater courses.  She married David Lee Clapper on April 6, 1968 in Minnetonka, MN.  In her younger years, Rita enjoyed singing in choir, participating in debate, and performing in theater.  She enjoyed music and playing the guitar with her family.  Rita was a voracious reader who stayed up-to-date with politics and current events, and she was a fierce supporter of human rights and other progressive causes.  Rita loved to cook and explore recipes from different cultures.  She was an animal lover from an early age, bonding with her grandmother’s chickens and goats, and sharing her life with many avian, feline, and canine companions.  She and David moved to Duluth in 2007 so that they could be closer to and involved with their grandchildren.  She very much enjoyed living in Duluth in the dream house she designed and following the lives of the local wildlife, especially family groups of deer who are always visiting the bird feeders.  Rita courageously battled many health challenges over her lifetime, including Crohn’s disease, cancer, diabetes, and their consequences.  Throughout it all she maintained a positive outlook and vigor for life and was an inspiration to her family and friends.

She was preceded in death by her parents.

She is survived by her husband of 52 years, David; daughter, Leslie (Michael) Clapper-Rentz; grandchildren, Connor, Joseph, and Morgan Rentz; all of whom are of Duluth.

To send flowers to the family in memory of Rita Clapper, please visit our flower store.