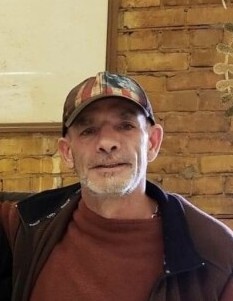 “Blessed are those who mourn for they will be comforted” Matthew 5:4

Matthew was born January 19th, 1971 in Duluth, Minnesota to Anton Maki and Eileen Monahan Buchanan. Matthew left this earth to be with the Lord on July 20th, 2021; he has found peace. In his journey of life he had many struggles in his path, but he still lived his life to the best. He had a passion for rock-n-roll music, the outdoors, and fishing. His smile could light up a room. That smile and those memories will be cherished. Growing up, Matthew was often happiest when with his “Papa” Jack, someone he had a very special relationship with. Matthew is now free from pain and with many loved ones, including his brother Michael Lee Maki. He had three children, Jessica Maki, Brendan Maki, and Madeline Micklewright. He is survived by his parents Anton Maki, Eileen Monahan Buchanan (Paul), his sister Melanie Johnson (MIke), nephew Logan, his aunts Sharon Monahan and Joni Plante, his uncle Patrick Monahan (Brenda), many cousins, and special family friends Kevin Feiro, Bill Pinsonnault ,  and Jean Starkey. Matthew is preceded in death by his younger brother Michael Lee, and his grandparents Jack and Maryann McDonnell.

“All things work together for good” Romans 8:28

Visitation will be held at Dougherty Funeral Home July 28th, 2021 from 2-4pm.

To send flowers to the family in memory of Matthew Maki, please visit our flower store.