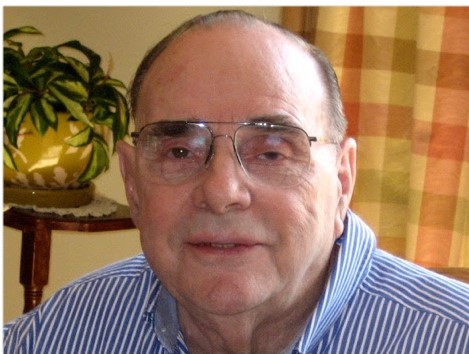 Jerome (Jerry) C. O’Donnell, 88, of Duluth, died Saturday, September 25, 2021 at his home after fighting with Asbestosis for many years.  Jerry was born in Duluth May 10, 1933 to Ralph and Mary (Nacey) O’Donnell, graduated from Cathedral High School in 1951 and was an Army Veteran of the Korean War as a Corporal in special services.

He married his sweetheart, Patricia Ann Pickar, on May 11, 1957 in Duluth.  Together they raised six children in Lakeside.  Later retiring to their dream home on Jacobs Lake, where they resided for 27 years. Jerry worked for a number of Plumbing Contractors as a foreman and estimator in Duluth and was a member of Local 11.

Jerry inherited his ancestral artistic talent, as was evident in his own work.  He showed significant attention to detail when remodeling homes, woodworking, photography, cooking and oil painting. Jerry also enjoyed outdoor activities, such as fishing, hunting and snowmobiling.

Jerry continued his father’s and grandfather’s candy making business for many years. He made candy for Glass Block Candy Department and the Nuns of St. Michaels School.  As the story goes Jerry had a long standing bet with the nuns, where if the Vikings lost against Lombardi’s Packers, they would be the lucky recipients of his delicious English Toffee.

Visitation will be held Saturday, October 9, 2021 at 10:00 am with memorial service to follow at 11am. at Dougherty Funeral Home. Due to rising COVID concerns, FACE MASKS will be required during visitation and memorial service.  Inurnment will be private at Calvary Cemetery with military honor accorded by the Duluth Honor Guard.  In lieu of flowers, per Jerry’s request, please consider memorials directed to the Multiple Sclerosis Society and/or St. Jude’s Foundation. Service will be live streamed, starting at 10:55am, on the Dougherty Funeral Home Duluth Facebook Page.  Arrangements by Dougherty Funeral Home, 600 E. Second St., Duluth, 218-727-3555.

To send flowers to the family in memory of Jerome (Jerry) O'Donnell, please visit our flower store.