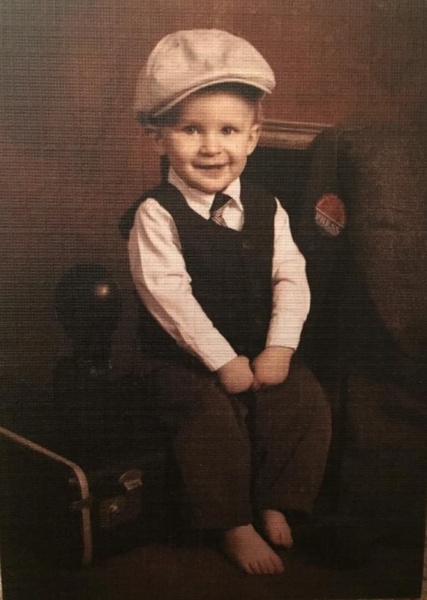 Jace was a very kind sweet boy. His precious smile would just melt your heart. He was adored by so many. Jace loved music, playing with his toys, his friends and family. He was also quite the character! His eyes and facial expressions said it all! Jace would pretend to be “not interested” when someone he was not familiar with was trying to talk to him. He would not make eye contact, but as soon as the person would look away, Jace was most definitely looking at them checking them out! One time, Grandma Shawna was trying very hard to get Jace to smile but Jace had a straight face and acted as if he was not going to smile for anything. All of a sudden, Grandma bumped her arm and she was saying “oww… oww…!!” I looked over at Jace and of course, he had just the biggest smile! Funny little guy!! Jace loved when we would dance with him. He enjoyed his little piano and other musical instruments. He liked participating in anything that he was able to. He loved presents. He loved seeing all of his friends that would come over to visit and play with him. Jace just simply loved life!

Jace fought an incredible fight against brain cancer. Doctors had told us numerous times over the past couple of years that Jace was more than likely in the last few days of his life, but he kept fighting and proved he wasn’t ready to be done just yet. As Grandpa Al would say, “doctors kept trying to pull the plug, but Jace kept plugging it back in!” I admired his courage, his bravery and his strength. He overcame so many obstacles. Jace gave me the strength and helped me to keep fighting the fight right alongside him. It was amazing how he remained so joyful,even after having gone through everything he did. In any situation or wherever we were, whether it be at home, Grandma’s house, the mall, outside for a walk, in an airport traveling to St. Jude or all of the times spent in the hospital, he was just simply happy and content with everything. Always smiling. Throughout the journey, Jace had met so many people in his short 5 years of life. He made an impact and touched so many people’s hearts. He brought so much joy and happiness to the world and to all that knew him!

He will forever be missed, but most certainly will never ever be forgotten. I love that boy more than words can explain and he will always and forever be close to me in my heart. I cannot wait until we are together again in heaven. Rest in peace my sweet darling boy. Mama loves and misses you soo very much!! xoxoxoxoxoxoxoxox

To send flowers to the family in memory of Jace Telega, please visit our flower store.