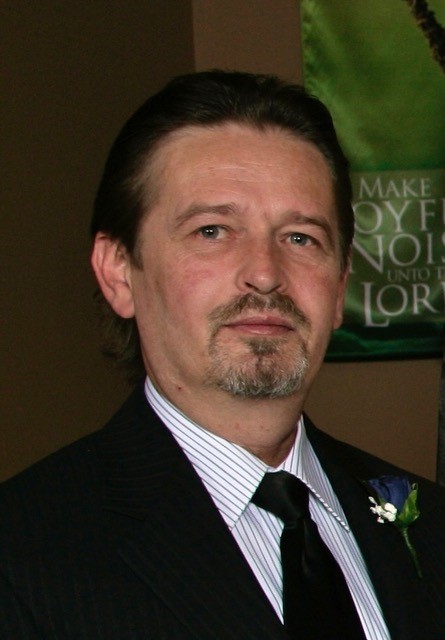 Frank Webb age 60 passed away unexpectedly at work on December 26, 2021. He was born on September 8, 1961 on a US Military Base in Munich, Germany. He is preceded in death by his parents, Denver and Anna Webb; and sister, Cynthia Dupuis. Frank was a 1979 graduate of Hermantown High School. He enlisted in the United States Navy where he studied electronics. After the Navy, Frank worked in insurance for many years. But the knowledge he gained from the Navy proved useful in his life-long passion, working on cars. Frank married the love of his life, Cindy Hendrickson on November 13, 1981. He was blessed with a wit that he shared with the people in his life. He made it his goal; whether at work, home, with friends or family, to make people laugh, and he succeeded. He is survived by his loving wife of 40 years, Cindy; daughters, Natasha (Grant) Williams, and Nicole (Erik) Lundberg; grandchildren, Mikayla, Blake, Peyton, Wyatt, Keira, Kaleb, Elliana, and Parker; siblings, Jim (Cynthia) Webb, Linda Webb, Jean Cook, Evelyn Goynes, Debra (Gerald) Spehar, and John Webb; and best friend of 45 years, Rusty Holman.

To order memorial trees or send flowers to the family in memory of Frank Webb, please visit our flower store.