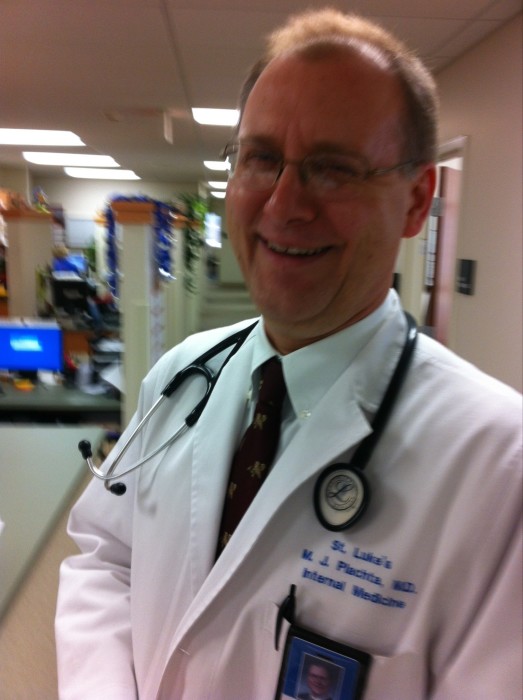 On April 16th, 2020, Dr. Mark J. Plachta, a beloved husband, father, physician, and friend, passed away unexpectedly at the age of 60. Throughout his 33-year career in Duluth, MN, he healed the bodies and brought comfort to the spirits of thousands of his patients and their family members throughout the Northland. Mark saw the practice of medicine as his calling and was deeply devoted to his family, each one of his numerous patients, and his dear friends.

Mark was born and raised in Superior, WI and married Lisa Benoit in July of 1985. He began his medical education at the University of Minnesota, Duluth Campus, received his MD in 1987 from the University of Minnesota in Minneapolis, and completed his residency in internal medicine at Abbot Northwestern Hospital, where he served as chief resident. Mark was elected to membership in Alpha Omega Alpha Honor Medical Society in 1987, named Physician of the Year by the Lake Superior Medical Society on December 14, 2006, elected Fellow of the American College of Physicians in 2016, and joined the St Luke’s Board of Directors in 2018. He was a member of St. Lawrence Church and Knights of Columbus. Mark was an extraordinarily compassionate man who only saw the best in people. He was an avid lifelong learner and enjoyed his family, the outdoors, fishing, and faith.

Mark is survived by his wife, Lisa; their three children: Annie of Cambridge, MA, David of Duluth, MN, and Katie of Madison, WI; his three brothers: Bill, Ed, and John; and his mother Margaret. He was preceded in death by his father, Les.

To send flowers to the family in memory of Dr. Mark Plachta, please visit our flower store.